Copper prices were weak toward the end of 2018 but have rebounded this year. Fundamentals remain very strong. Global exchange-traded copper inventories (the LME, Comex, and Shanghai Metals Exchange) peaked at 900,000 tonnes in March 2018 and then plummeted by 570,000 tonnes, or 65%. Inventory behavior suggests that global copper markets have slipped into sharp deficit. Our models tell us this will only accelerate from here.

In past quarterly letters we have discussed the rising importance of India to global copper markets. Our models consider the total per capita installed stock of copper in an economy and its real GDP per capita. These models accurately predicted that China would progress from 45 lbs installed per person in 2006 to the 175 lbs installed per person today. While we expect Chinese copper demand to continue to grow strongly over the coming decade, we have also commented how India has thus far under-invested in its per capita copper stock given its size. For example, when China was at a comparable level of per-capita GDP, its installed copper base was 45 lbs per person while India today is at 14 lbs.

In any economy, electricity distribution infrastructure is a major source of installed copper. In particular, electrical substations that connect high-tension power lines to individual households utilize huge spools of copper wire to step-down the electricity and render it useful for consumers and businesses. In our last letter, we explained how Indian Prime Minister Modi had recently announced the fulfillment of a campaign promise to connect every Indian village to the power grid early last year. After returning from our research trip to India last February, we discussed the disconnect between PM Modi’s claims and the meager levels of copper installed in the Indian economy. We argued it would be impossible to connect 1.3 billion people to the power grid without a substantial investment in the copper stock. Subsequently, it was revealed that a village was deemed to be “connected” if any government building in the village had electricity. While high-tension power lines (not copper intensive) had been installed throughout India, the number of copper-laden electrical substations remained very low.

We argued that as the Indian government moved to connect individual households, the number of necessary substations would increase dramatically and serve as a catalyst for increased Indian copper demand. Data from the WBMS now suggests this may currently be underway. In October, Indian refined copper demand surged by 13,000 tonnes or 33% on a year-over-year basis to reach 50,000 tonnes per month. The Indian government has recently announced two key goals that could result in much higher copper demand going forward. First, PM Modi announced his goal to have 25 mm Indian homes connected to the power grid by December 31st, 2018. Preliminary indications are that most of these homes met the deadline and are now connected. However, the rapid increase in connections has given way to very poor reliability across much of the Indian power grid. According to the World Bank, India ranks 80th out of 137 countries in terms of electrical reliability, despite being the sixth largest economy in the world (and the fastest growing). 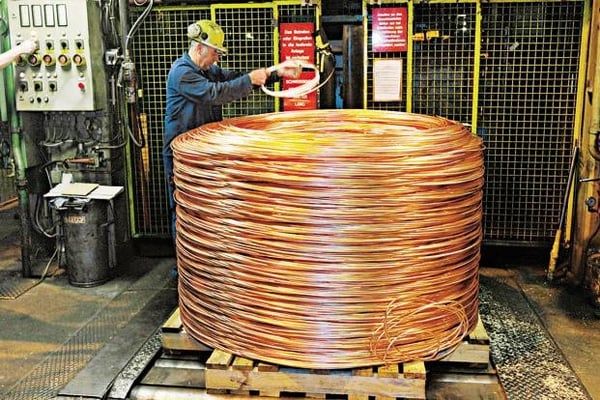 Once again, we believe the issue is inadequate investment in the substation infrastructure. If a power grid lacks enough substations for its underlying demand, widespread power outages like those currently experienced across much of India would result. Our hypothesis is consistent with the simultaneous observations that the Indian installed copper stock is low for an economy of its size and that a large number of household connections has resulted in increased widespread outages. The only way for India to fix the latter is to invest in the former – with huge implications for global copper markets.

Now that PM Modi has fulfilled his promise of connecting some 25 mm households that lacked access to the electrical grid, his next target is to provide stable 24/7 electricity to all end users by March 31st, 2019. While a laudable goal, it seems like a herculean task in such a short time. Regardless of whether PM Modi achieves his stated goal, it seems clear to us that demand for electrical substations (and, by extension, copper) is set to continue the sharp growth we have seen over the last six months. 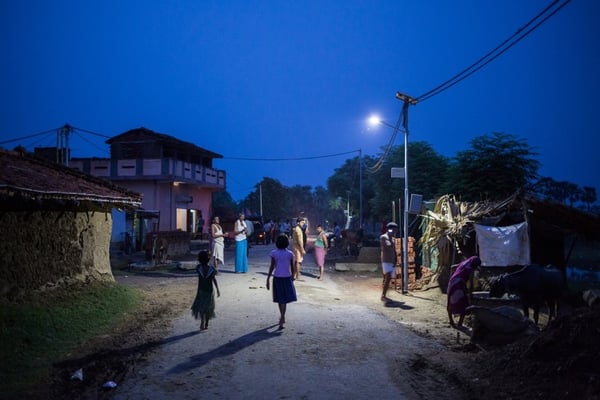 How big could this impact be? If India were to achieve only 50% of the installed copper base that China had back in 2006 when real per-capita GDP was at a comparable level, India would require an additional 10 pounds per person. Given India’s population of 1.4 bn, this equates to an additional 6 mm tonnes of installed copper. Taking the conservative view that this “catch up” will play out over the next five years suggests that monthly demand will reach 100,000 tonnes per month – nearly double the level seen in October.

While these figures might seem unreasonable, please remember that when China went through this same experience, it grew refined demand from 50,000 tonnes per month to 100,000 tonnes per month in a period of less than a year. Following this jump, Chinese refined-copper demand continued to surge ten-fold in the next 13 years, eventually exceeding 1 mm tonnes per month. If we are approaching a similar inflection point for India (and we think that we are), then global copper inventories will continue drawing down sharply, helping to boost prices.

Copper remains our favorite theme outside of energy and we think that we are now in the process of a period of strong demand growth.