How the Electrification of India May Impact Copper Prices

Based on extremely favorable supply and demand trends, especially in India, copper continues to be our favorite metal.

In the coming decade, demand for copper is likely to be significantly impacted by the development of emerging market economies. In particular, we believe one potential near-term catalyst could propel copper demand much higher over the next several years.

An economy that wants to develop and grow requires increasing levels of copper investment. The relationship between real per capita GDP and installed copper is very different than those commodities that are “consumed” (i.e., crude oil). Since copper is used in long-lived capital goods, we believe it’s more appropriate to look at the cumulative installed copper base in an economy and not annual consumption in any given year. Graphing the installed copper base versus real GDP on a per capita basis shows a trend that is repeated across all countries over many decades. Simply put, you cannot run an economy of a given size without having installed a certain amount of copper stock.

In the past we have written about how, after many years of disappointments, India had finally reached an important inflection point in its commodity consumption. Regarding copper, the most important driver we mentioned was the need to build out the Indian electrical grid. Connecting homes and businesses to the power grid is an incredibly copper-intensive task and we argued this would be a huge driver of incremental global copper demand going forward. India has one of the lowest levels of copper installed per capita in the world. With a real per capita GDP of $4,500 (in real 2005 US dollars), we calculate India has less than 14 pounds of copper installed in its economy per person. China, on the other hand, has nearly 170 pounds of copper installed per person today and when China’s real GDP per capita was comparable to India’s (in 2004), we estimate it still had 45 pounds per person. In other words, at comparable levels of real GDP, China had three times the installed copper base per capita than India.

We traveled to India in February and spoke to several executives about our research. We were told repeatedly that rural electrification was a top priority of the current government and that it was, in fact, approaching 100%. Soon after we returned, on April 28th 2018, PM Modi tweeted that every Indian village was now electrified, fulfilling one of his key campaign promises of connecting 18,000 villages to the power grid within his first 1,000 days.

Despite PM Modi’s tweet, we were very skeptical of this claim, given that Indian copper demand growth has remained lackluster over the last several years. In fact, Indian copper demand in 2017 still remained 12% below its 2009 peak. How could India possibly have connected all 18,000 of its unelectrified villages with only 14 pounds of copper installed per person? 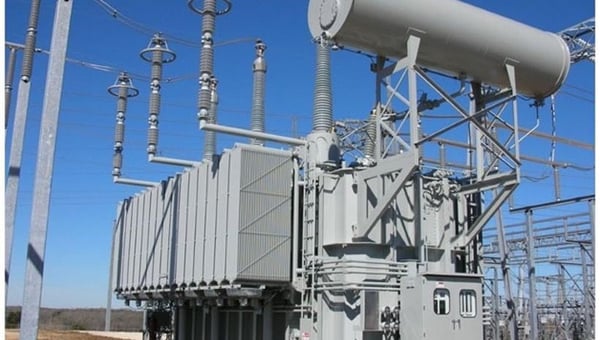 To understand why this is such a mystery, consider how electricity is generated and distributed. Power is generated at a power plant, fueled by either coal, natural gas, uranium, or renewable sources. The electricity is then transmitted in bulk along high-voltage power lines to various substations. At this point, the electricity is “stepped down” using transformers and distributed to various end users in a suitable voltage. These transformers contain hundreds of kilograms of copper wire each, forming the primary and secondary “coils” of the transformers. Copper’s high conductivity makes it uniquely capable of servicing these transformer coils. Based on our models, it would have been impossible to connect such a large number of customers to the power grid, without a noticeable uptick in installed copper (and by extension copper demand).

As we tried to get to the bottom of this mystery, several articles appeared in the press that helped shed light on the situation. A careful reading of PM Modi’s definition of “connection” showed that an entire village was deemed to be electrified if a high voltage power line reached at least one transformer in the village and public places (such as schools) were connected. In fact, far from being 100% electrified, it now looks as if only 7% of the 18,000 villages now have 100% household connectivity.

While this revelation is certainly an embarrassment for the government’s initiative, it is incredibly bullish for copper demand over the near-term. High voltage power lines now pass within a short distance of every Indian village (a huge accomplishment in and of itself). While these high voltage lines are very steel- and aluminum-intensive, they use little to no copper at all. The copper intensive part of the process is next, as additional transformers are added to the village substations allowing additional households to connect.

Certainly, nothing is straightforward in India and the power industry is no exception. Indeed, there has been persistent inadequate capital spending at the Indian power distribution level for several years. As a result, India is in the strange situation of having surplus electricity generation but frequent power outages.

Nevertheless, given the increased scrutiny regarding village electrification issues in the press, and the need for the Prime Minister to make good on his campaign promises, we think we could be approaching a period of intensive copper demand growth from the Indian power sector in the next several years.

We believe that the power sector will serve as a catalyst to help close the gap between India’s per capita installed copper base and China’s from 2004 (at a comparable level of real per capita GDP). If India were to reach even half of the installed copper base that China had at the same level of GDP (i.e., 20 pounds per person) over the next five years, we estimate that would require nearly 5 million tonnes of incremental copper or an incredible 900,000 tonnes per year. Given global refined copper demand has averaged 600,000 tonnes per year over the last five years, even if we are off in our estimates the impact will be huge.

Given the demand and supply outlook, we remain bullish on copper-related investments and believe any continued weakness there is a buying opportunity.

This blog is an excerpt of our in-depth commentary INTO THE "RED ZONE" WE GO. If you are interested in this subject, we encourage you to download the full commentary here.