“This is exactly the type of market we love to be involved with: prices are still 80% off their highs, investor interest among generalist investors is extremely low, and the fundamentals have turned strongly positive.”

From their lows made at the end of 2016 at $17.75 per pound, spot uranium prices have now advanced by nearly 60%. While this move has been impressive, spot prices still remain some 80% below their peak a decade ago.

For the last several years, we have remained on the sidelines although we continued to monitor uranium markets closely. Ultimately, we believed uranium would re-enter a bull market as the next generation of nuclear power facilities (mostly in China, India, and the Middle East) started up. Given our models, we expected the global uranium markets to slip into deficit sometime early next decade. However, at the end of 2017, both Cameco and Kazataprom announced production curtailments at their uranium mines. Because of these closings, our models suggested uranium markets could slip into deficit as early as this year.

In a recent blog, we explained how Cameco, on their Q2 conference call, had announced they would be forced to purchase volumes in the spot market during the second half of the year to meet their long-term obligations after having curtailed production at McArthur River.

We explained how this would serve as a test of the often-opaque spot market: if excess inventories were easily available, Cameco would successfully procure its volumes without impacting prices. If, on the other hand, the market was tight, the arrival of Cameco in the spot market would cause prices to rise. Given the price action since we last wrote, we are more confident that the global uranium markets are indeed much tighter than people realize.

Recently, another source of unexpected physical demand has entered the market–-one that we believe could become substantial as this bull market unfolds. We are referring to the emergence of investor demand for physical uranium. The Uranium Participation Corp is a well-known closed-end investment vehicle in Canada that purchases and holds physical uranium. This summer, it was joined by Yellow Cake PLC in an IPO listed in London. Over the last 12 months, the Uranium Participation Corp in Canada has issued 17 million shares and we estimate the proceeds were used to purchase 2.1mm lbs of U3O8. Meanwhile, the Yellow Cake IPO raised approximately US $170 mm that we estimate was used to purchase ~8 mm lbs. Furthermore, Tribeca Investment Partners, an Australian investment firm, is looking at a similar vehicle. Please note that these vehicles are not open-ended. The uranium they purchase is, for the most part, removed from the market entirely. 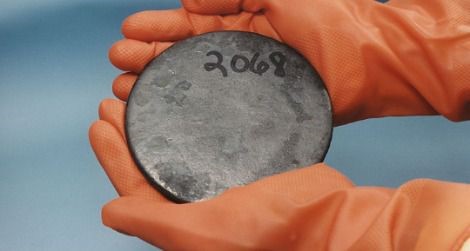 The rise of investment demand on top of very bullish mine supply and reactor demand dynamics should help push prices higher. Since we last wrote, two very positive demand announcements were made. First, the Japanese courts have paved the way for the restart of their ninth closed reactor, which will greatly help Prime Minister Abe in his quest to bring back nuclear as a material source of power generation. Second, after a 168-hour test run, the Sanmen power plant commenced commercial operation of its AP1000 reactor in China. This is so important because it is the first of the so-called “third-generation” reactors to operate on a commercial basis. Nuclear industry officials are calling the commissioning a landmark event in the industry. (On a historical note, this is the same reactor design that was plagued by delays and cost overruns in both Georgia and South Carolina and ultimately caused Westinghouse to declare bankruptcy.) China has five other AP1000 reactors in various stages of construction, testing, and commissioning. This initial successful startup is a huge step in China realizing its nuclear ambitions. 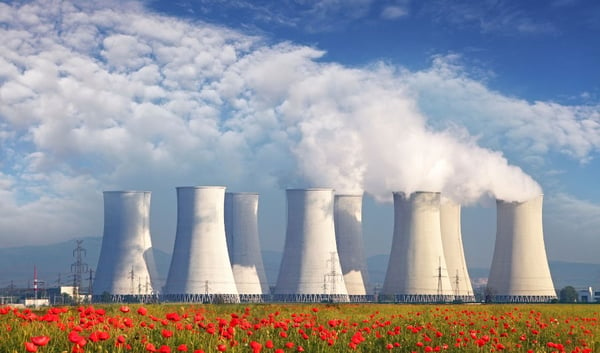 Turning to supply, Kazakhstan revised down their estimates for 2018 uranium production by 20% to 21,600 tonnes (equivalent to ~56 mm lbs of U3O8). This figure is largely in line with the model we laid out for you in our Q1 letter (Déjà Vu: A History and Study of Electric Vehicles and the Oil Market Today) and forms the basis for our bullish outlook going forward. Moreover, the Kazakhstan energy minster confirmed these cuts would persist until at least 2020. While we had expected this, it marked the first time the government confirmed it explicitly. Meanwhile, Kazataprom announced they would move ahead with their IPO of 25% of the uranium producer on the London exchange sometime in early 2019. They have released their offering documents and are now starting to meet with investors. In our next letter, we will go through what we were able to learn from these documents.

We remain very bullish on the global uranium industry. After a brutal ten-year bear market that saw prices decline by 90%, our models now tell us the fundamentals have become decidedly bullish.

The deficit between demand and supply will approach 45,000 tonnes by 2030—representing over 50% of today’s world mine supply. We originally modelled this deficit to emerge in the next 5 years, however, the supply cuts announced by both Cameco and Kazataprom, combined with the strong emergence of investor demand in the physical metal, have now pushed forward the emergence of this deficit to as early as 2019. This is exactly the type of market we love to be involved with: prices are still 80% off their highs, investor interest among generalist investors is extremely low, and the fundamentals have turned strongly positive. We recommend investors continue to purchase uranium-related investments.