What to Expect From Gold and Silver Going Forward

While we believe a huge precious metals bull market lies in front of us, we must also be aware that challenges remain over the medium term. Since the beginning of 2021, the average gold stock is down about 10%; in comparison, the average energy stock is up over 60%. The question for precious metals investors is how long this period of price consolidation will last. 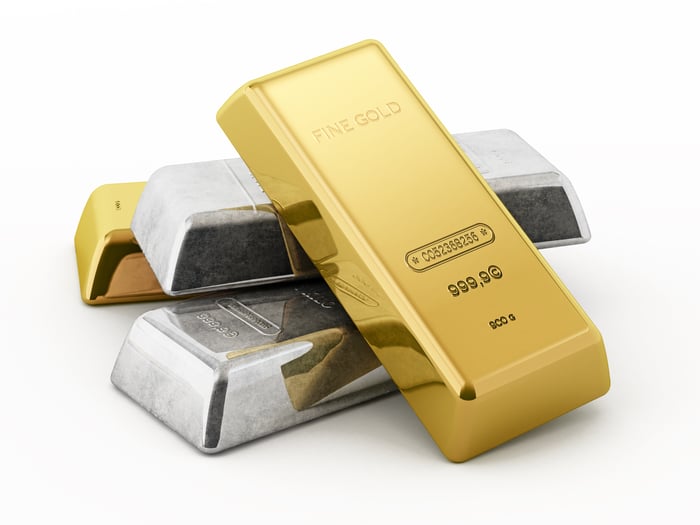 We believe the current consolidation period is not yet over. We have long argued the upcoming bull market will be driven by western investors, as it was back in the 1970s. In contrast, the bull market between 2000 and 2012 was driven by eastern buyers who believed gold was a cheap asset class that had to be accumulated and held.

Back in 2000, the US and Europe consumed approximately 700 tonnes of gold combined. By 2012, as the first leg of the gold bull market was ending, their consumption had fallen to 460 tonnes. Gold had gone from $250 per ounce to $1,900 per ounce while western consumption had fallen. In other words, there was no participation from western buyers even though gold prices advanced over seven-fold. Over the same period, India and China went from consuming 1,150 tonnes combined in 2000 to 2,400 tonnes by 2013. Clearly, the major source of buying during the last gold bull market came from the East with no net participation from the West.

A gold bear could make the case that eastern demand has now been satisfied and data from the World Gold Council (WGC) could confirm this view. Indian and Chinese gold demand peaked in 2011 and 2013, respectively, and by 2019 had fallen by over 30%. More recent data suggests eastern physical demand remains lackluster today. If the gold market had to rely exclusively on eastern demand, we would have to accept that the bull market move over the last two decades was about to end.

However, because of the massive of amounts of money printed by global central banks since 2008, huge inflationary problems will emerge as we progress through this decade. Western investors will aggressively seek out assets that will not only protect them from inflation but will offer speculative gains in an inflationary environment — very much like what happened in the 1970s.

The western investor’s buying power is huge — a small allocation shift could send gold prices much higher. Monitoring the flow of western capital into physical gold will be critical in determining when the corrective phase ends and the new bull market begins.

As of today, the flow of western capital into physical gold remains subdued. Western gold buyers (best represented by the 16 physical gold ETFs we track) went on a huge buying spree between October 2018 and October 2020. Over the period, these ETFs accumulated 1,360 tonnes of gold, increasing their holdings by 65% in only two years. In silver, the behavior of western buyers was even more impressive. Starting in May 2019 (much later than gold), western accumulation began to surge and over the next 18 months, the nine ETFs we follow accumulated 18,000 tonnes of silver — an increase of 115%.

Since October 2020, western investors turned from gold buyers to sellers. The physical gold ETFs we track shed 360 tonnes over the last nine months. The silver ETFs also started to shed silver in October 2020, but following the Reddit silver buying spree of January 2021, physical holdings surged. As we discussed in our 1Q 2021 letter, the attempted short squeeze was ultimately unsuccessful and since then all the accumulated silver has been liquidated.

As we discussed in that same letter, an interesting divergence has now taken place between the gold and silver ETFs. Gold ETF holdings are now approximately 350 tonnes below their October 2020 peak while silver ETF holdings are now 30 tonnes higher than their October 2020 peak. We remain convinced inflationary expectations will surge in the next 12 months, despite the ongoing bond market complacency. Perhaps silver, which has a high degree of inflation-sensitivity, is telling us that problems are about to emerge.

The ongoing lack of western interest in physical gold and silver leads us to believe the current corrective phase, which started last summer, is not over.

If the upcoming gold bull market is to be dominated by western investors, we feel it is important to discuss another issue that could very well extend the corrective period we are now experiencing in both gold and silver: how will prices react to rising interest rates? Let’s look at how gold and silver reacted to rising interest rates back between the fall of 1973 and the summer of 1974.

The bull market in both gold and silver started in 1970 with gold at $35 and silver at $1.75 per ounce. After Nixon suspended convertibility of the US dollar into gold in August 1971, both gold and silver prices entered huge bull markets. By 1974, gold had reached $190 per ounce while silver had spiked to almost $7. The Arab oil embargo started in October of 1973 and precipitated a four-fold increase in oil prices that led the US Federal Reserve to aggressively raise interest rates. The Fed Funds rate which stood slightly above 5% at the start of 1973 had increased to 13% by the summer of 1974.

Rising interest rates temporarily halted the bull market in both gold and silver. After peaking in the first quarter of 1974, gold and silver spent the next two-and-a-half years correcting. Gold eventually bottomed in August 1976 at $105 per ounce — a retracement of 45% from its 1974 peak. Silver bottomed at $3.80 in January 1976 — 45% below its 1974 peak.

After peaking in 1974 at 13%, the Fed Funds rate fell back to 6% by 1Q 1975; however It took another two years for the bull market in gold and silver to resume with a vengeance.

We believe we are about to enter a period of increased inflationary expectations. As a result, we believe the Fed will eventually be forced to raise rates. Given the experience of the mid-1970s, we remain cautious of the near-term impact on gold and silver.

We still believe the corrective phase in both gold and silver is not over. The precious metal bull market awaits, but we believe its next leg has not yet come.