"A reader lives a thousand lives before he dies."
~George R. R. Martin

Summer is a time to relax, reflect and if you are like us, continue to do more reading. As Natural Resource Investors, our research never stops.

Below you will find a few of our favorite books that we recommend you add to your summer reading list.

Dark Sun: The Making of the Hydrogen Bomb by Richard Rhodes 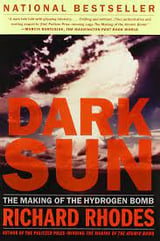 About this book (from Amazon): Here, for the first time, in a brilliant, panoramic portrait by the Pulitzer Prize-winning author of The Making of the Atomic Bomb, is the definitive, often shocking story of the politics and the science behind the development of the hydrogen bomb and the birth of the Cold War.

Based on secret files in the United States and the former Soviet Union, this monumental work of history discloses how and why the United States decided to create the bomb that would dominate world politics for more than forty years. Read more about this book on Amazon here.

About this book (from Amazon): Following his explosive New York Times bestseller Red Notice, Bill Browder returns with another gripping thriller chronicling how he became Vladimir Putin’s number one enemy by exposing Putin’s campaign to steal and launder hundreds of billions of dollars and kill anyone who stands in his way. Read more about this book on Amazon here.

About this book (from Amazon): We live in an age of serial asset bubbles and spectacular busts. Economists, policymakers, central bankers and most people in the financial world have been blindsided by these busts, while investors have lost trillions. Economists argue that bubbles can only be spotted after they burst and that market moves are unpredictable. Yet Marathon Asset Management, a London-based investment firm managing over $50 billion of assets has developed a relatively simple method for identifying and potentially avoiding them: follow the money, or rather the trail of investment. Read more about this book on Amazon here.

The Star Builders: Nuclear Fusion and the Race to Power the Planet by Arthur Turrell

About this book (from Amazon): From a young, award-winning scientist, a “thoughtful and illuminating” (Nature) look at one of the most compelling and historic turning points of our time—the race to harness the power of the stars and produce controlled fusion, creating a practically unlimited supply of clean energy. Read more about this book on Amazon here.

Do you have a book you'd like to recommend we read?  We'd love to hear from you.