In our Q4 2020 letter, we discussed how China had emerged seemingly overnight as one of the world’s largest corn importers. While China had become a large importer of soybeans 20 years ago, its corn imports remained modest until last year, averaging less than 5 mm tonnes annually between 2010 and 2019. Driven by the need to rebuild a hog herd devastated by African Swine Flu, as well as by surging milk and protein consumption, domestic feed corn demand in China surged over the last two years. 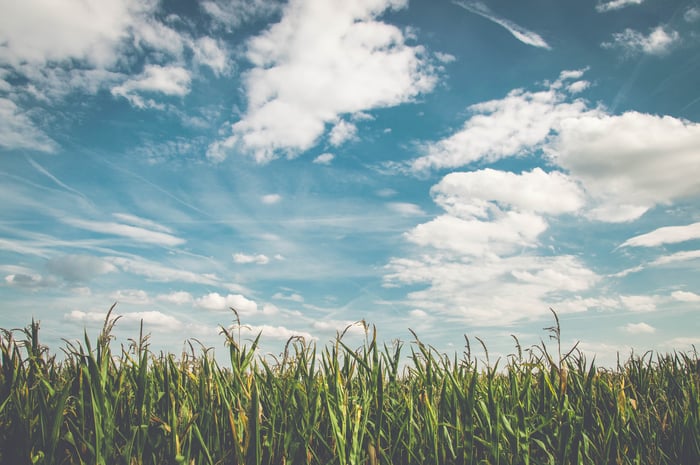 Also, growing conditions in northeastern China were less than ideal last year: typhoons caused extensive flooding in the planting season followed by drought throughout the summer. Although official figures still put the Chinese corn harvest at 260 mm tonnes (in line with the 2019 harvest), interviews with farmers suggest the crop could be up to 10% lower than projected, implying a massive potential deficit of as much as 50 mm tonnes.

Given strong demand, and the challenges surrounding the corn supply, we have noticed that the term “structural deficit” keeps cropping up among Chinese corn analysts. Beijing has hinted at reintroducing subsidies to encourage corn planting, similar to the huge subsidy that was last implemented in 2010; however as of now no new subsidies have been announced. Even with new subsidies, it will take a several years before China’s corn production could show material growth.

Chinese corn imports likely surged to a record of 17 mm tonnes in 2020 and the strength continued into Q1. China bought 5 mm tonnes of corn in January and February alone, and several leading Chinese agricultural consultants have projected imports reaching

30 mm tonnes for calendar year 2021. Even with these huge corn purchases, Chinese inventories continue to fall. Although the USDA has reduced its 2020–2021 Chinese corn ending stocks estimate from 200 mm tonnes to 196 mm tonnes, these inventory numbers are still far too large and most likely will be reduced.

The Chinese government has announced they sold 57 mm tonnes of corn from inventory between May and September last year. Yet curiously, the USDA’s corn inventory estimate seems not to reflect these inventory sales. Other agricultural market followers however have incorporated these sales into their inventory estimates. For example, the United Nations Food and Agriculture Organization (FAO) has slashed its estimates for China’s corn inventory figures by 54 mm tonnes, reducing it to 139 mm tonnes — nearly 57 mm tonnes below USDA estimates. Strong demand, supply problems, and falling inventories strongly suggest Chinese export demand for corn will remain extremely strong.

We are beginning to read more and more stories that reference Chinese “food security,” “food scarcity,” and “food shortage.” Has China run up against the limits of producing more and more food for its 1.3 billion people as the country’s demand for increased protein continues to surge? Is China’s food demand now far outstripping domestically generated supply? Is China running out of productive agricultural land? These are questions few analysts are attempting to answer. The devastating African Swine Flu decimated up to 50% of the Chinese hog herd in 2019, clearly causing a temporary surge in grain demand as the hog herd is rebuilt. But are their other long-term structural factors at work that will force China to become an ever-larger importer of agriculture-related products as the decade progresses? In future letters, we will attempt to answer some of these questions.

We remain extremely bullish toward grain prices as we progress through the decade. As we described in our last letter, we run high risks of slipping into a global agricultural crisis. Grain inventories are now at extremely low levels and the 2021 Northern Hemisphere growing season looks problematic. Given the strength in global grain and related protein demand and the change about to take place in global weather, namely that we have now entered a prolonged cooling cycle, global crop growing conditions will become much more challenging in the next several years. Strong demand is about to collide with climate-related supply problems. It now looks like China might become a huge wild card in global grain markets as its agricultural demands, now spilling over into exports markets, continue to increase. We recommend investors maintain significant exposure to agricultural-related equities, with a particular emphasis on fertilizer producers. 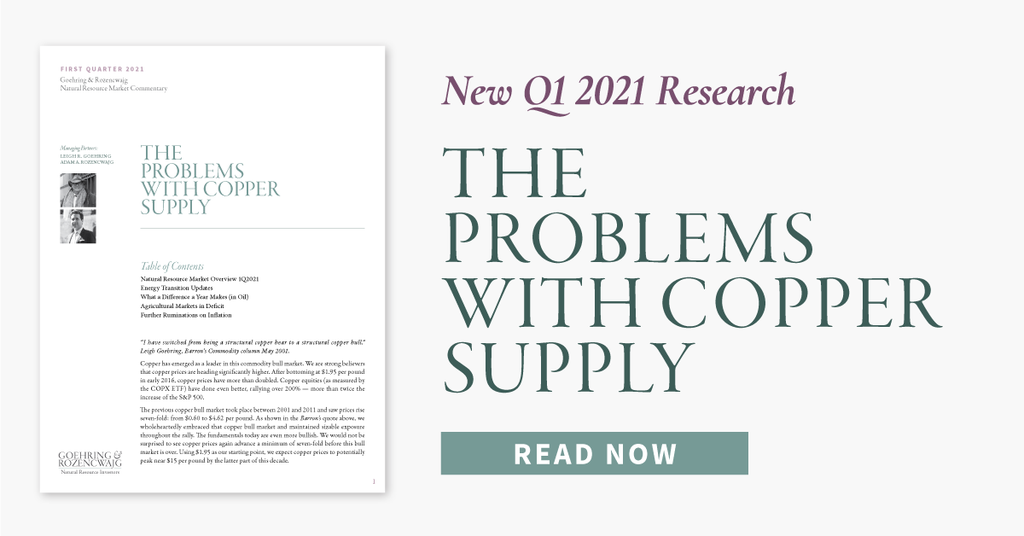