“In the second half of this decade total capital expenditures by the large oil and gas groups is projected to fall almost fifty percent to $443.5 bn from $875.1 bn according to Rystad Energy...”

“...the industry has largely abandoned new investment in the type of mega-projects, from Arctic exploration to Canadian oil sands, which were once its forte.”

As recently as 2017, most market commentators believed the world was “awash” in oil. In reality, this was only true during a brief time between 2014 and 2016. Non-OPEC supply grew by 2.5 mm barrels per day (b/d) in 2014 and Saudi Arabia responded by boosting their production at the November 2014 OPEC meeting, leading to an OPEC market share war and plunging oil prices.

Since then, incredibly strong demand growth, combined with OPEC’s decision to curtail production at the end of 2016, has once again thrown global oil markets back into severe deficit. We believe that one aspect in particular - the decline in conventional non-OPEC production (largely ignored by industry analysts) - will now become an issue that grabs center stage.

Why has all the attention been on shale oil?

The success of shale oil in the United States has been one of the most dramatic advancements in energy production since the discovery of the Saudi mega-fields after World War II. Since 2010, US shale oil production has grown by over five million barrels per day – by far the largest single source of growth in the world. Having been an early investor in the US shale plays, we have written for over a decade about the incredible potential unlocked by the combination of horizontal drilling and hydrological fracture stimulation (first in the natural gas shales and later in the oil shales). However, while the world has been focused entirely on shale oil production, something very important has taken place in the rest of the non-OPEC world that few people have noticed…

This is critically important because, even after the meteoric rise of shale production over the last eight years, two out of every three non-OPEC barrels still come from conventional sources. While the analytic community has been fixated solely on the shale plays, 65% of non-OPEC production has been quietly developing a severe depletion problem that we anticipate will only get worse.

“Even after the meteoric rise of shale production over the last eight years, two out of every three non-OPEC barrels still come from conventional sources.”

Between 2010 and 2018 we calculate total non-OPEC liquids production has grown by almost 10 mm b/d, but nearly 75% of this production increase came from US shales.  Conventional oil production decreased, as illustrated in the table below:

Starting ten years ago, the industry faced a dearth of new mega-projects. Several years of high oil prices were not able to overcome this challenge and, as a result, new discoveries have plummeted. Making matters worse, low oil prices since late 2014 have led many oil companies to abandon what new mega-projects they did have and defer maintenance capital on their existing fields. We believe that all of these forces have combined and will result in material conventional non-OPEC disappointments going forward. 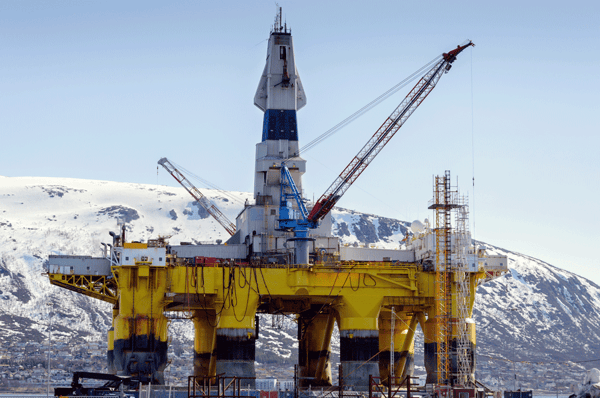 The collapse in global discoveries of conventional oil is not new to us. It has been impressive and has received only passing comment by the financial press. In 2017 alone, the global oil industry discovered only four billion barrels while global consumption exceeded 35 billion barrels, leaving an impressive 30bn barrel gap between discoveries and demand. Over the last five years the numbers have been equally imbalanced. Since 2012, we estimate global oil consumption exceeded new conventional oil discoveries by a total of 210 bn barrels.