How Energy Intensive Will the “Green Transition” Be?

“Given the huge upfront energy needs of wind, solar and batteries, any performance disappointment could mean the difference between moderate carbon savings and net increases in carbon.”

Few people realize how energy intensive the “green transition” will be. As a result, much (if not all) of the carbon savings will be undone by generating the power in the first place. The IEA’s proposal assumes wind and solar make up nearly 50% of all electricity by 2040 and that some 850 mm electric vehicles will be on the road. These initiatives are expected to reduce CO2 by 55% or 18 bn tonnes per year. While this may sound impressive, simply moving away from coal towards much-cleaner natural gas would itself save nearly 14 bn tonnes of CO2 per year. When analyzed through this perspective, renewables would save an incremental 4 bn tonnes compared with the next cleanest option. 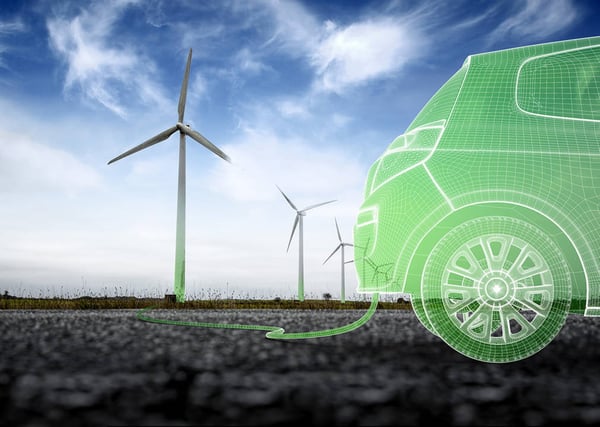 At the same time, an incredible amount of energy is required to build out the renewable capacity and manufacture the necessary batteries. A move toward gas would be much more energy efficient (given its high EROEI) and would not require batteries for either grid storage or automotive uses. We estimate the move toward renewables and EVs would generate nearly 45 billion tonnes of incremental CO2. Therefore, nearly 10 years of carbon “savings” would be spent on the energy transition itself. A battery is expected to last between 6 and 15 years depending on charging behavior while wind turbines have an expected life of 20 years and PV solar panels have a useful life of 25 years. At best, a huge amount of the expected carbon savings will be undone by the necessary manufacturing. At worst, the impact could be net detrimental.

Early wind turbines are failing at much higher rates than expected, suggesting a 20-year useful life may be too long. Similarly, PV solar facilities are noticing higher performance degradation than expected in their facilities. We will discuss both topics in depth in an upcoming podcast. Given the huge upfront energy needs of wind, solar and batteries, any performance disappointment could mean the difference between moderate carbon savings and net increases in carbon. We believe this partly explains why total carbon intensity has not fallen as much as expected in countries with large renewable mandates. Countries that have adopted natural gas, on the other hand, have seen better results while spending trillions less. Moving towards nuclear generated electricity is an even better option and would allow for the greatest carbon reduction while still saving trillions.

Clearly a major part of the problem is the energy-intensive lithium-ion battery used in EVs and for grid-level renewable storage. Toaddress this issue, hydrogen fuel cell technology is once again being put forward as a possible solution. This marks the second investment mania in hydrogen fuel cells in 30 years. In the late 1990s, fuel cells went through an impressive bull market that saw Ballard rise 1,400% over three years before crashing 99%. Even after its recent 600% advance it is still 70% below its prior peak. Unfortunately, many of the technical issues that led to the previous hydrogen bust remain.

We will dedicate an upcoming podcast to hydrogen. In the meantime, it is important to realize that while the fuel cell does not need an energy-intensive battery, it is nevertheless an extremely inefficient technology. To make hydrogen, electricity is used to electrolyze water resulting in oxygen and hydrogen gas. The gas is then compressed or liquefied for transport to the end user. In the fuel cell, hydrogen is reformed back into water producing an electrical current used to power a motor. Not having to manufacture an energy-intensive battery saves on upfront energy dramatically.

Unfortunately, any savings are “spent” on the extremely poor overall energy efficiency of the system. Powering an electrolyzer to produce hydrogen gas loses upwards of 30% of the embedded energy. Compressing or liquefying the gas for transportation loses another 15% of the energy. Generating an electric current in the fuel cell loses yet another 30% of the contained energy. In total, we estimate that 70% of the electricity used to power the system is wasted. Even though there is no energy-intensive battery to manufacture, we believe hydrogen fuel cells requires more total energy to power a car than standard EVs despite their lithium-ion battery.

When wind or solar is used to manufacture the hydrogen (i.e., “green” hydrogen), the overall energy efficiency become even worse. To achieve a reduction in net emissions requires the original electricity be nearly four times less carbon intensive to make up for the 70% energy lost in the system. Solar and wind powered “green hydrogen” vehicles would not generate any net carbon savings compared with gasoline or diesel and would likely be much worse.

For more of our own thinking on what a feasible carbon emission reduction plan must entail, we encourage you to read our Q4 2020 commentary (available by clicking the graphic below). 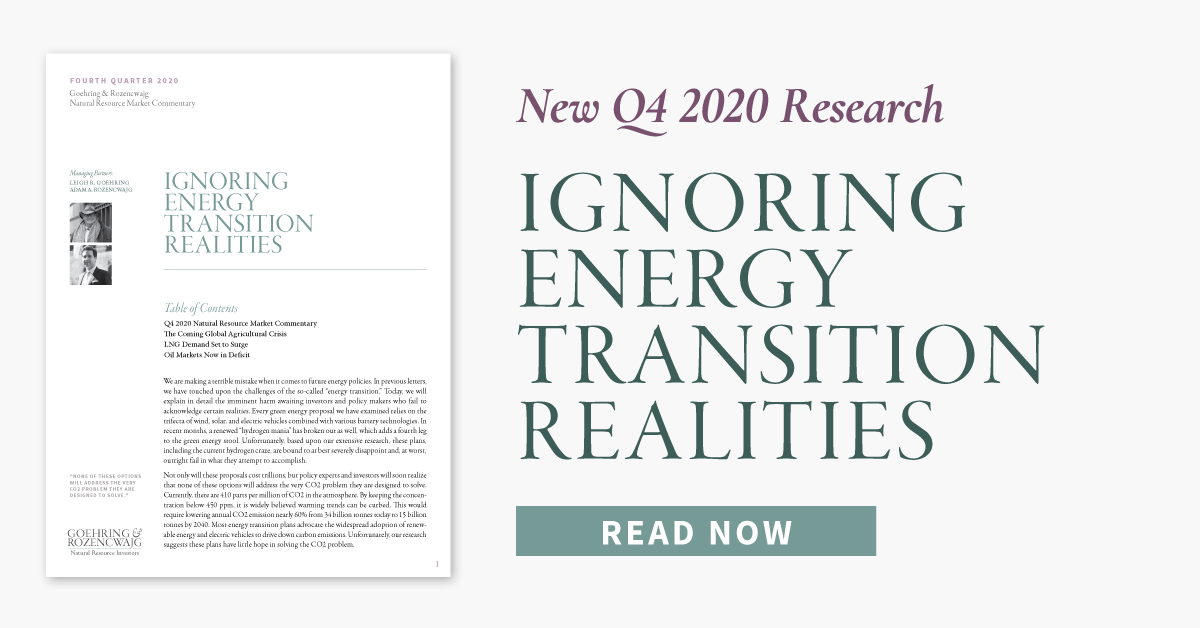