We first discussed lithium-ion batteries in our Q1 2018 letter, Déjà Vu: A History and Study of Electric Vehicles and the Oil Market Today. In that essay, we compared the total energy consumed by an electric vehicle versus an internal combustion engine on a per-mile basis. Our results were quite surprising. For those interested, please refer back to that letter for much greater detail. In the two years since we wrote that essay, we have tried to teach ourselves as much as possible about trends in battery technology and today we would like to share what we’ve learned. We believe what follows will have a significant impact on the potential adoption of both electric vehicles and renewable power generation as we progress through the coming decade. Our research indicates that neither the EV nor renewable power can gain material adoption without further major reductions in battery costs. Yes, battery costs have dropped dramatically over the last decade, but we believe these costs reductions were one-time in nature and will be near impossible to repeat. Further cost reductions will be entirely dependent on major advancements in battery technology, which, as of today, don’t exist.

Renewable energy’s major problem is intermittency: the sun doesn’t always shine, and the wind doesn’t always blow. As a result, it’s impossible for renewables to provide reliable baseload power at scale without storage. While batteries could provide the necessary buffer to overcome the problem of intermittency, the costs of renewable energy plus storage remain prohibitive and uncompetitive. Similarly, the battery pack has become the limiting factor to widespread EV adoption. Analysts estimate that the battery pack on an EV represents one-third of its total cost. Unless the EV reaches cost parity with the combustion engine, it will not gain widespread adoption, unless the EV is subsidized or the ICE is outlawed. Materially reducing the cost of the battery is the only way for the EV to become competitive.

Many analysts believe that EVs will reach cost parity once lithium-ion batteries can be produced at $100 per kwh. Costs would have to fall further to allow for grid-level storage. Battery proponents argue these thresholds are just around the corner. As recently as 2012, lithium-ion batteries cost more than $750 per kwh. Bloomberg New Energy Finance estimates these costs have now fallen by an impressive 80% to reach $156 per kwh by 2019. The bulls argue that even if cost improvements slowed by half, $100 per kwh will be achieved within three to five years.

Since we first wrote about batteries, we have been fascinated by the chart above. While the cost reduction experienced over the last seven years is truly impressive, we are curious about the drivers behind the improvement. Many battery analysts tend to apply a version of Moore’s Law to explain the sharp reduction in cost. While this is a convenient analogy, there are material differences between microchips and battery cells. Given how important battery cost trends are to the broader energy markets, we tried to research the cost reduction topic, but we found the data hard to find. Many battery commentators spoke about economies of scale, but few were willing to give details. Battery companies also consider their manufacturing process to be their greatest competitive advantage and, as a result, few give information or breakdowns of their cost structure. 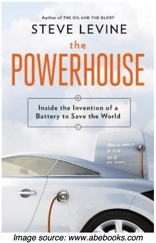 Through our research, we came across an excellent book detailing the inner workings of the battery industry. In the Powerhouse, Steve LeVine explores the challenges in developing lithium-ion batteries.

He also describes the ground-breaking work conducted at the Argonne National Laboratory outside of Chicago. Levine explains how Argonne maintained meticulous cost models for all major lithium-ion battery formulations over time and regularly released these models into the public domain.

Argonne’s models are invaluable in understanding what caused the 80% fall in battery costs over the last seven years. After carefully analyzing the Argonne data, we now believe costs have come down mostly through a series of one-time improvements. Instead of continuing to fall materially (à la Moore’s Law), we believe that most of the drop in lithium-ion costs is now behind us. The first $600 move from $750 to $156 per kwh was relatively easy-- the next $56 move from $156 to $100 will be extremely difficult. If we are correct, lithium-ion batteries will not be able to reach the threshold for mass adoption in either EVs or grid-level storage for the foreseeable future. We should point out that many battery experts privately acknowledge that the trajectory of the past decade is not repeatable.

Four main factors explain the fall in battery costs over the past decade: increased plant utilization, increased battery size, chemical prices and battery chemistry improvements. In a future blog, we will elaborate on each factor in detail. Be sure to subscribe to our blog to receive our latest publications.

Our first quarter 2020 in-depth commentary, detailing the unprecedented selloff in oil prices and current investment opportunities across the natural resources spectrum, will be published next week. If you would like to be notified when it's available, click on the "subscribe to our insights" button below.