On April 20th, 2019, Bloomberg/BusinessWeek magazine published an issue entitled “Is Inflation Dead?” with a dead dinosaur prominently displayed on the cover. The thrust of the cover story was that inflation had become extinct and investors should position themselves accordingly.

The cover story in our Q1 2019  letter was titled: “The Bell Has Been Rung: The Contrarian Power of Magazine Covers.” We discussed why the April 2019 article was the perfect “bookend” to the infamous BusinessWeek cover story, “The Death of Equities: How Inflation is Destroying the Stock Market,” published back in August 1979. Just as the 1979 cover predicted that inflationary problems would never go away, the 2019 cover told investors that inflation would never return. The message in our cover story was simple: after declining for 40 years, inflation was about to return with a vengeance. 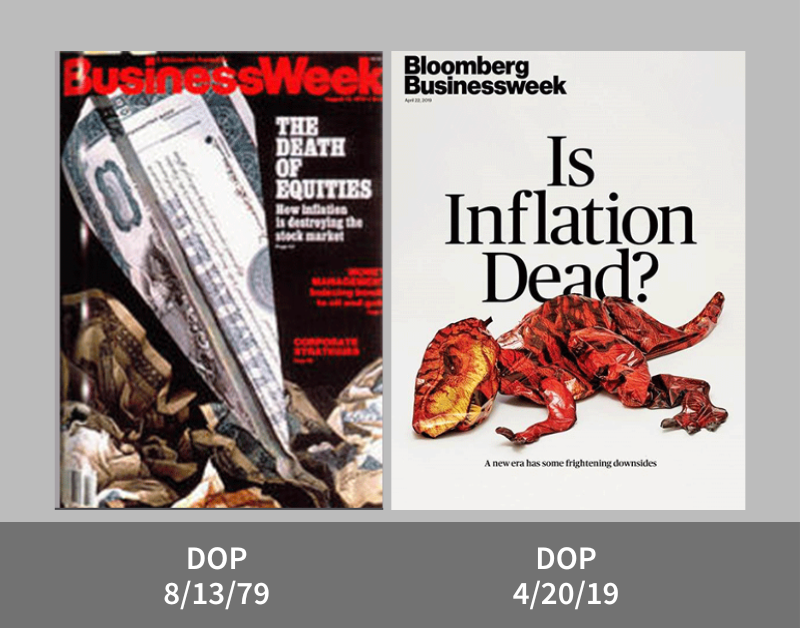 In our Q1 2019 letter, we discussed the relevance of business magazine cover stories and the strong contrarian investment signal they often send. The 1979 BusinessWeek cover story was in a league of its own. If investors had done the opposite of what that cover story recommended, they would have become wealthy. Every investment projection made in that 1979 BusinessWeek issue proved to be incorrect. Instead of betting that inflation was about to worsen, investors should have bet that inflation was about to peak and then spend the next 40 years declining. Instead of buying inflationary hard assets, investors should have unloaded them as quickly as possible. Instead of selling stocks and bonds, investors should have taken the 1979 BusinessWeek cover story as a golden opportunity to literally “backup the truck” and buy as many financial assets as their margin accounts allowed.

We speculated in our essay that the 2019 Bloomberg/BusinessWeek cover story would be as important (and wrong) as the 1979 cover story and that investors should use its strong contrarian signal to significantly increase their exposure to hard, inflationary-sensitive assets -- an asset class that had become as unpopular as stocks and bonds were when the first BusinessWeek cover story was published over 40 years ago.

In our Q1 2020 letter, we reminded our readers about the magazine cover and how the massive explosion in government spending and the Federal Reserve’s balance sheet, all in response to the deepening COVID-19 crisis, practically guaranteed an upcoming inflationary surge.

One of the funny things about business magazine covers is that in the short term their predictions are often perceived as correct. Three years passed between the publication of the 1979 BusinessWeek cover story and the beginning of the great bull market in stocks. The Financial Times ran its very famous “The Death of Gold” cover story on November 1998 and again three years passed before the great gold bull market commenced. If the same time-lag materialized again, we predicted that three years might pass before accelerating inflation become a recognized problem. Global inflation began to unexpectedly accelerate last May and by March 2022 the US consumer price index hit 8.5% -- a rate not seen in 40 years -- exactly three years after the publication of the 2019 cover story. Everyone now understands the severity of our inflation problems. Even the US Federal Reserve, which spent all of last year predicting that inflationary pressures were “transitory”, now admits the problem is real.

We believe today’s inflationary pressures are neither transitory nor moderate. We believe inflation will intensify as we progress through the decade. The 1979 BusinessWeek cover story declared that inflation and poor financial returns would extend far into the future. Why did they predict that? The reason is simple. As the chart shows below, inflation and interest rates had been rising for the previous 40 years. All the BusinessWeek editors did was express confidence in a trend that had been in place for two generations. 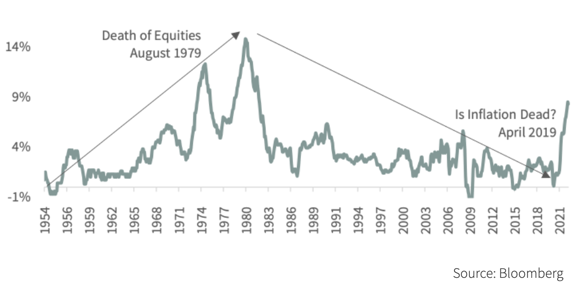 Not only did the 1979 cover story tip investors off that a huge trend reversal was fast approaching, but also that a powerful new trend, lasting far longer than anyone thought, was about to start. The decline of inflation, the fall of interest rates, and the surge in the prices of financial assets have been happening for 40 years. And just the like in August 1979, the April 2019 Bloomberg/BusinessWeek cover story sent investors an incredibly strong contrarian signal that not only was a huge trend reversal about to take place, but that inflation was about to return as a serious problem that could last for decades.

The deflationary trend of the last 40 years is now over. A new inflationary trend is in place and will last longer and carry on farther than anyone expects. Huge changes in investment flows are about to take place with large implications. Although inflation-sensitive assets have already begun to radically outperform bonds and the general stock market, investors’ interests in these assets remains subdued. Pundits, market analysts, and investors remain in a state of confusion and hope that the trends of the previous cycle will return. Very few market commentators or investors have taken serious steps to protect themselves from the massive trend change that has now taken place.

Given the significant amount of money printed and the huge amount of debt now accumulated throughout the world, we believe the trend change in inflation as telegraphed by the 2019 BusinessWeek cover story will last decades. We also believe the recent outperformance of inflation-sensitive assets will last for years as well. There is still plenty of opportunity to not only protect yourself from the ravages of inflation, but to profit by it as well. 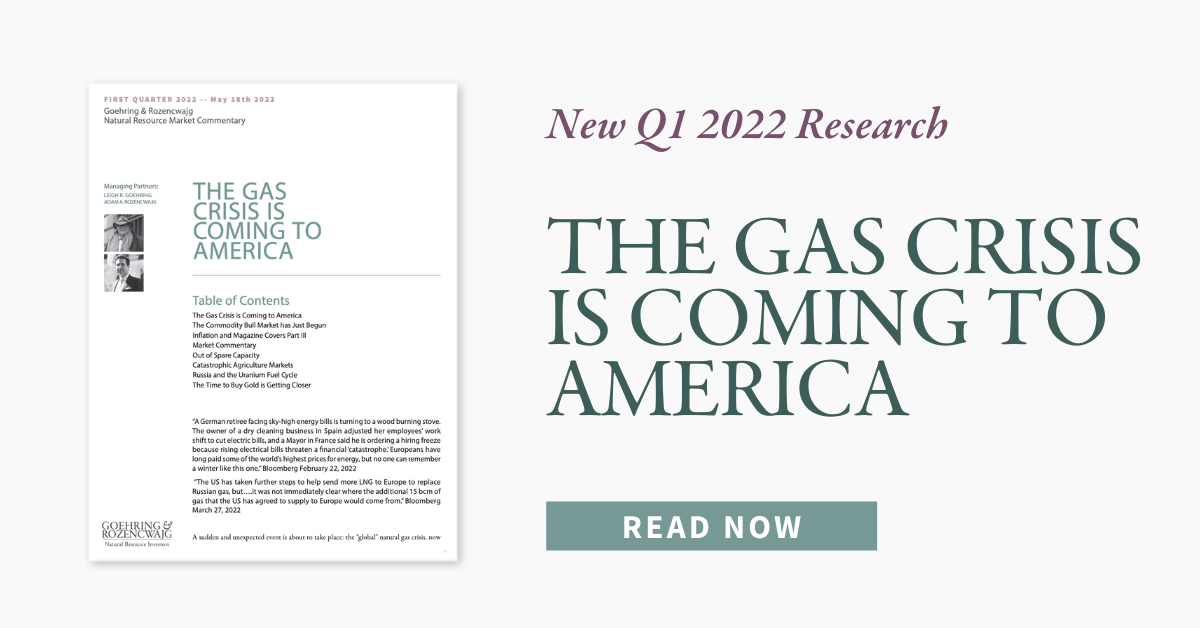