“While any weather-related price spike is likely to be short-lived, the risk/return now embedded in certain select natural gas securities has become more compelling”

Henry Hub gas prices were volatile toward the end of 2018, spiking as high as $4.93 per mmbtu before settling back and ending the quarter at $2.94. Weather was the dominant theme as a colder-than-normal start to the North American winter heating season increased demand and led to an above-average draw in inventory levels.

In previous letters we’ve laid out our cautious stance on North American natural gas, due to record levels of production growth. The development of the Marcellus and Utica shales, along with the associated gas produced in the Permian and SCOOP/Stack shale oil plays has resulted in a truly impressive, abundant supply of natural gas. While demand has been very strong in the US, driven by increased use in electricity generation, LNG exports, and new petrochemical facilities, it has not and will not be enough to absorb the huge year-on-year growth coming from the sources we just described. For example, while five bcf/d of new LNG demand is expected to come online in 2019, dry gas production grew by over 10.1 bcf/d year-on-year in October and is accelerating. For the first ten months of 2018, natural gas supply grew by 8.4 bcf/d – nearly twice the previous record set in 2014. Furthermore, this record growth was achieved with a rig-count that averaged only 189 gas rigs (~50% below the same period in 2014). This leaves the North American market susceptible to even a modest increase in drilling activity.

Despite the surge in natural gas production, inventories actually drew throughout 2018, driven entirely by weather. April was the coldest on record and resulted in an extra 175 bcf of gas being consumed compared with seasonal averages. This was followed by a 10% hotter-than-average summer that left inventories at 3.4 tcf by November, some 575 bcf below the seasonal-averages and the lowest injection-ending reading since 2003. In our last letter, we explained how despite the bearish supply dynamics in North American natural gas, prices could spike if winter temperatures were colder than expected, and this is exactly what we experienced. November was 15% colder than normal across much of the United States, and we estimate that an additional 115 bcf was burned for heating as a result. Once temperatures normalized in December and January, the supply challenges once again came to the fore and prices retraced all of their previous advance. 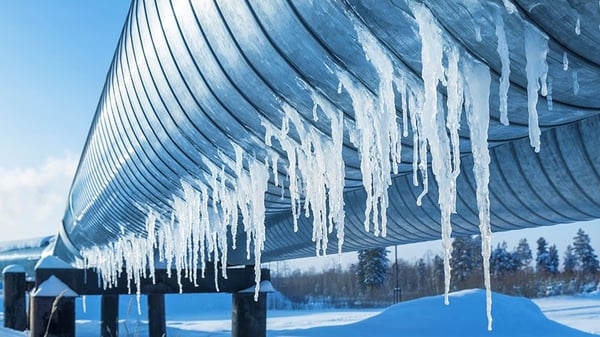 With inventories still at 400 bcf below average and the majority of the winter heating season still ahead of us, North American natural gas prices are once again susceptible to a weather-related price spike. At the same time, the energy sell-off during Q4 impacted natural gas-weighted energy stocks nearly as much as their oil-weighted cousins. As a result, some of the highest quality Marcellus producers are now trading below their proved-reserve PV-10 values, even using sub $2.50 natural gas prices. While any weather-related price spike is likely to be short-lived, the risk/return now embedded in certain select natural gas securities has become more compelling.

We should point out that the bullish factors impacting North American natural gas are medium-term in nature, whereas we believe the longer-term supply overhang is more structural in nature. Nevertheless, given continued cold weather and the depressed valuations of many high-quality gas producers, we are beginning to find some select investments more and more interesting on an opportunistic basis.