Reasons to Be Bullish on Grains

US grain markets have found themselves front and center in the rapidly escalating trade war with China. Since the Trump administration announced two rounds of tariff increases on Chinese goods, the Chinese government has imposed and raised tariffs on a wide variety of agricultural goods, including soybeans. 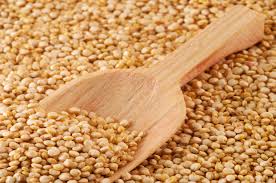 Grain prices have taken huge hits. Since early June, when grain prices hit their peak for the quarter, both corn and soybean prices have fallen almost 20%. Although grain markets have been gripped with a massive spasm of bearishness, we believe current weakness in global grain markets should be bought. We began to increase our exposure in agricultural related equities in the first quarter and we are not reducing our exposure.

There are three reasons to be bullish. First, global grain demand, led by soybeans, is surging. As mentioned in our last letter, global soybean demand is growing at over 5% annual rates. As China’s demand grows unabated, demand from other emerging market economies in the Asian sphere continue to accelerate as well. Surging demand increases for soybeans (15 mm tonnes per year) means that 10 mm new soybean acres have to be planted each year. In the US alone, 15 mm acres, traditionally planted in corn and wheat, have been diverted to soybean production over the last several years. Global corn demand and US corn exports continue to set records. Reduced corn planting, combined with continued strong global demand and surging US exports, are now reducing US corn carryout stocks. From a record corn carryout level of 2.3 billion bushels reached back in the 2016-2017 growing year, corn carryout this year is expected to fall to 1.55 billion bushels according to the latest USDA World Supply and Demand Estimate (WASDE).

Global corn demand remains strong. For example, over the last four years, China corn demand has grown by over 5% per year and is now esti­mated to have reached 249 mm tonnes, far outstripping estimated supply of 220 mm tonnes. China is already rapidly drawing down its corn stocks which are estimated to be somewhere between 80 and 140 mm tonnes. Adding to future corn demand, all gasoline sold in China must contain 10% ethanol starting in 2020. An “E-10” standard will add an additional 30 mm tonnes of Chinese demand. Given the large drawdowns now taking place in Chinese corn inventories, we believe China will be forced back into becoming a large corn importer in the next several years.

To learn the additional two reasons we are bullish, please download our Q2 2018 Market Research letter.