Setting the Stage for an Oil Crisis

We believe we are on the cusp of a global energy crisis. Like most crises, the fundamental causes for this crisis have been brewing for several years but have lacked a catalyst to bring them to the attention of the public or to the average investor. The looming energy crisis is rooted in the underlying depletion of the US shales along with the chronic disappointments in non-OPEC supply in the rest of the world. The catalyst is the coronavirus. 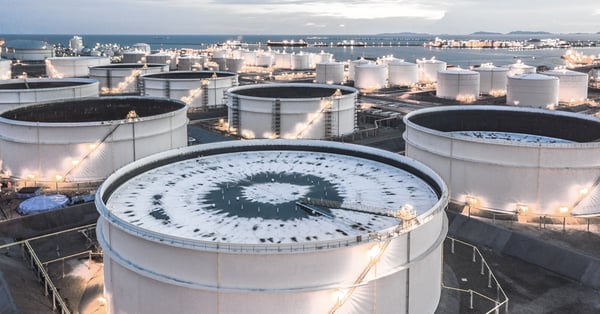 The initial phase of the crisis that took prices negative is behind us and the next phase which, should take prices much higher, is in its infancy. Global energy markets in general, and oil markets in particular, are slipping into a structural deficit as we speak. We believe energy will be the most important investment theme of the next several years and the biggest unintended consequence of the coronavirus.

Investors’ focus has shifted to how quickly supply can be brought back to meet recovering demand. While most investors believe the lost production will be easily brought back online, our models tell us something vastly different. While OPEC+ production will likely rebound, non-OPEC+ supply will be extremely challenged. Instead of recovering, our models tell us that non-OPEC+ production is about to decline dramatically from today’s already low levels.

Thus far, the slowdown in non-OPEC+ production has come entirely from proactively shutting in existing production. These wells were mostly old and only marginally economic before prices collapsed in 2020. Going forward, production will be impacted by a different and longer-lasting force. Low prices led producers to curtail nearly all new drilling activity. As recently as March 13th, 2020, there were 680 rigs drilling for oil in the United States. In less than four months, the US oil directed rig count fell by 75% to 180 – the lowest level on record.

Shale wells enjoy strong initial production rates but suffer from sharp subsequent declines. Basin production falls quickly unless new wells are constantly drilled and completed to offset the base declines. Considering US shale production was already falling sequentially back in November of 2019 when the rig count was above 700. Today’s 373 rigs all but guarantee production will collapse going forward.

Low prices have led to a sharp drilling slowdown in the rest of the world as well. Between February and June of 2020, the non-US rig count fell by 40% to 800 – also the lowest on record. We have often written about the depletion problem facing the non-OPEC+ world outside of the US shales. Over the last decade, this group has seen production decline slowly and steadily as a dearth of new large projects has not been enough to offset legacy field depletion. By laying down half their rigs, this group ensured that future production would be materially impacted.

Analysts continue to focus their attention on what has already happened (the shutting-in of existing production) instead of looking at what is yet to come. The unprecedented drilling slowdown is only now starting to impact production. Going forward, supply will plummet leaving the market in an extreme deficit starting now.

This blog was an excerpt from our broader white paper Top Reasons to Consider Oil-Related Equities. If you are interested in reading more about this topic, please download the white paper below. 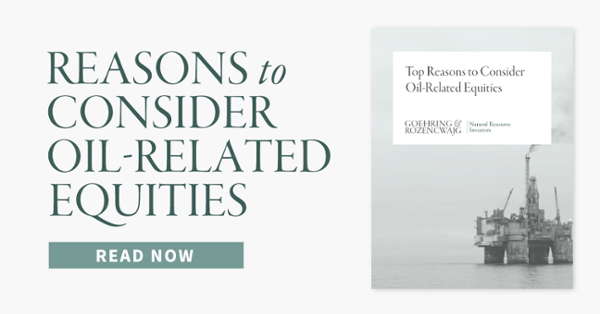