The 40-Year Odyssey of Schlumberger, Pt 2

“Bonds are so popular that $15 bn of sovereign issues trade with negative yields – a first in 4,000 years of financial history.”

In part one of our story about Schlumberger, we talked about the company’s 60-year history as a public company on the NYSE, its odyssey of booms and busts, and compared it to today’s FAANG stocks. Schlumberger’s tale is one of market psychology - a study of how an investment belief can become universally accepted, how the related stocks can become “must own,” and how their valuations typically become radically stretched. Then something strange usually happens: unexpected shifts in the economic and business landscape emerge and gather strength. The universally accepted investment belief is then completely undermined. The result: stock prices and valuations collapse. 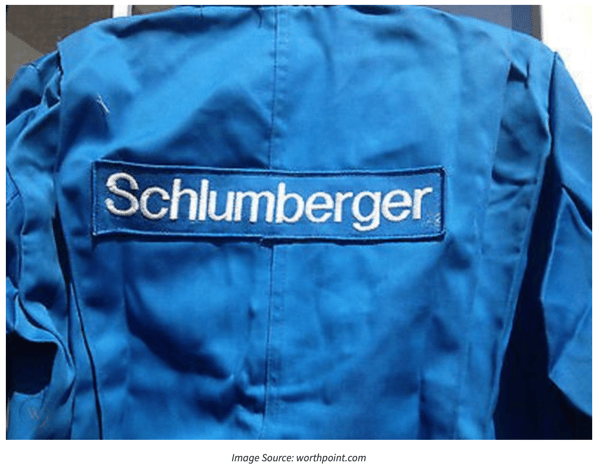 As compared to today, the economic and financial backdrop in 1980 could not be more different. Inflation had become an intractable problem, commodities were in short supply, oil was running out, and precious metals were by far the most popular asset class. Well-known business magazines were calling for the death of equities, arguing that financial assets would never again offer strong returns. Stocks and bonds were extremely unpopular asset classes. The only exceptions were those companies that could realize pricing power from the underlying inflation. Enter commodity stocks. Of the 10 largest companies by market capitalization in 1980, six were oil stocks. In total, one third of the S&P 500’s market value was energy related and Schlumberger was the most popular of the bunch.

Just when investors became universally convinced that oil prices could only move higher, exactly the opposite happened. The bull market of the 1970s spurred a massive upstream investment boom and supply surged. Instead of running out of oil, the world was on the verge of developing the largest new fields in a generation. Oil prices peaked in the first quarter of 1981 and entered a grinding bear market that would last 20 years.

Although Schlumberger again became a market leader during the energy bull market of the last decade, it never regained the ground it lost on a relative basis. For example, the stock reached an all-time high of $118 in the summer of 2014 with oil prices at $110 per barrel. Investors who had bought the stock at the peak back in 1980 had finally gotten their money back and then some, but the return was far less than the broad market. An investment in Schlumberger between 1980 and 2014 rose 10-fold compared with 47-fold for the Dow.

We believe today’s investment landscape represents the mirror image of what occurred forty years ago. Stocks and bonds are both extremely popular asset classes. Bonds are so popular that $15 trillion of sovereign issues trade with negative yields – a first in 4,000 years of financial history. Instead of worrying about inflation, most investors are convinced deflation is here to stay.

Today, Schlumberger’s share price trades below where it traded four decades ago while the broad market now trade thirty times higher. Investors today are concerned about runaway deflation and, instead of worrying about peak oil supply, they are worried about peak oil demand. Many investors believe energy stocks cannot be owned at any price with many arguing for “negative” values given ESG concerns and contingent liabilities (if bond yields can trade negative and oil prices can trade negative perhaps common equity can as well?).

The investment landscape has completely flipped in forty years. This is true of inflationary expectations, bond yields, energy prices, commodity stock valuations, and broad equity prices. Four technology companies each sport a market capitalization greater than $1 tr, and $14 tr of fixed income securities trade with negative yields. You can certainly argue that both stocks and bonds have never been more popular.

Few investors saw the seismic shift about to take place in 1980 and even fewer were positioned accordingly. We have argued for some time now that another unforeseen reversal is imminent. The fundamental events that undid Schlumberger’s meteoric success four decades ago are about to be repeated, but this time in reverse. The prevailing wisdom that helped push stocks like Amazon to 20 times book value and 125 times earnings will somehow fail to come to fruition. Similarly, the near-universal bearishness that grips energy names like Schlumberger will end up being false.

A massive reversal in investment capital flows is about to take place. Back in 1980 no one could possibly envision that Schlumberger would ever trade below its 1980 price in the years to come — but 40 years later it does. FANG stocks today are in the same position as Schlumberger in 1980. History is about to repeat itself and few investors are positioned to profit from it.

This article above is an excerpt from our Q2 Commentary.  Download the commentary below, On the Verge of an Energy Crisis, where we explore many other topics. 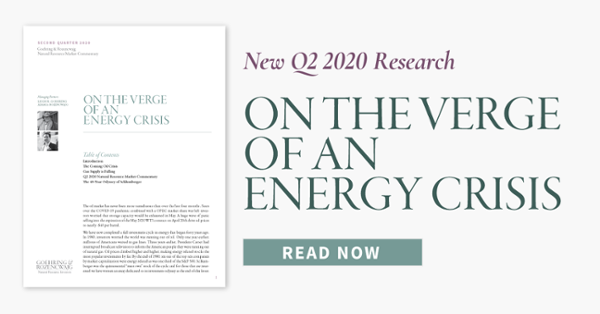