On our recent Market Update conference call (recorded on March 19, 2020), we received a number of questions regarding the supply and demand dynamics of today’s oil markets. Many attendees were curious which aspects we deemed most impactful. Adam Rozencwajg elaborated on an array of factors here in the U.S. that many analysts are overlooking:

“Ultimately, the supply side of the equation right now is probably the most interesting aspect and is likely to be the most significant factor that's going to stay with us for the next five to ten years.  What's happening on the demand front is certainly very, very material today.  I assume ultimately, when we look back on oil prices a year or 18 months from now, markets will have begun to normalize, if not entirely normalize, but the supply trends that we're about to talk about will likely stay with us.  This will ultimately set the tone of the oil markets going forward.

And it comes back to a lot of the things we have been talking about in some of our last letters, including things like running out of tier-one inventory in some of these shales, the fact that we have massively high graded the basins to the point that now when you start to lay down rigs, you're seeing this impact already.

But if it weren't for COVID-19 and the OPEC+ price war, the story that would be on everybody's mind today would have been what a disappointing 2019 it was for all the different shale companies.  Last year, oil averaged $57 a barrel and yet very, very few companies were able to really make a good go of it in the shales.  The names we own in the portfolio were able to generate a bit more reserve growth than the average company, but as a whole, the industry was showing that it really, really was lacking in the inventory of high-quality geological prospects in the shale.

Compare this to 2014.  We still had a lot of really good locations left to drill and today, we just don't.  So even with higher oil prices last year, the industry was having a very tough go of it, but even the big integrated companies making a push into the Permian last year didn't produce nearly the same reserve additions that they had expected. In fact, look at Exxon, they weren't even able to replace their production in 2019.

So I think what’s going to ultimately set the tone for the next five to ten years, once we work through some of the shorter term news stories today, is going to be this idea that we're in the middle of a major, major exhaustion of shales.” 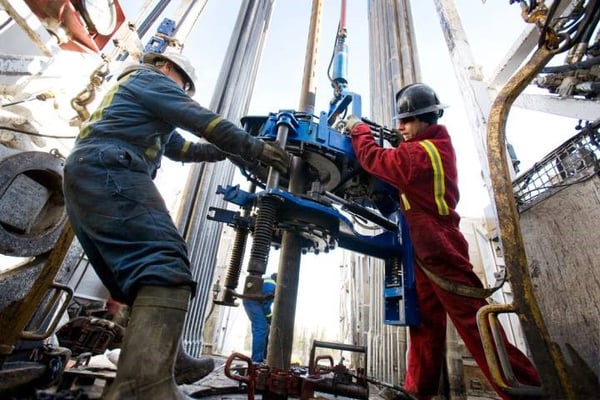 Leigh Goehring added, “So we don't have the huge inventory of high-quality tier-one acreage to drill anymore.  Now what's happening is another geological event.  And that is the unintended consequences of high grading.  Back in 2014 and 2015, when the rig count fell 80%, the difference between a tier-two well and a tier-one was huge.  For example, your average tier-two well produced 300 barrels a day at IP (initial production) rate.  Whereas your average tier-one well produced say 800 or 900 barrels a day of production.

And then what happened is when you when you decided to drop your rigs, you dropped all your tier-two - your worst-performing rigs first.  So you were dropping rigs that were very, very unproductive so it took a big drop in the rig count to get a production response out of the rigs.  It's very different now.  Nearly 65% to 70% of every well drilled in 2019 was in tier-one acreage.

So tier-two acreage wells now aren’t producing 300,000 barrels a day, they're producing 600,000 barrels a day. Today, when you cut rigs, you are cutting relatively high-productive rigs which has an immediate impact on oil production.  And that's what's happening now.  It only took a 20% drop in the rig count to turn production growth negative versus the 80% drop in the rig count back in 2014-2015.