What is the Real Size of the Saudi Oil Reserves? (Pt 1/2)

Prior to the decline in oil prices this year, one of the more intriguing front-page stories was whether Saudi Aramco would go public. An IPO of this size would have been the largest stock flotation in history.

For those not familiar with Saudi Aramco, it is the national oil company of Saudi Arabia that owns all the oil and natural gas fields in the country. They also own all of the country’s oil and gas processing, transportation infrastructure, and refining capacity. They are the world’s largest producer of crude oil and a large producer of both natural gas and natural gas liquids. The Saudi government finally gained 100% control of Aramco in 1979. Prior to that, it was a consortium made up of Exxon, Mobil, Chevron, and Texaco that had discovered, developed, produced, and marketed the country’s oil starting just before World War II. Since 1980, Saudi Aramco has operated as a 100% privately-owned government oil company. 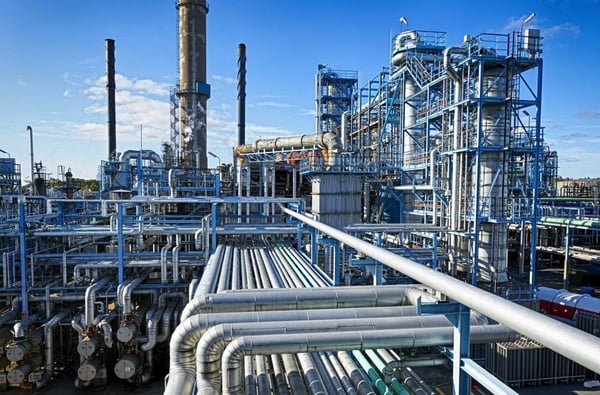 In early 2016, in a move that took the oil world by surprise, Crown Prince Mohammed bin Salman announced that a piece of Saudi Aramco would be sold to the public in an IPO scheduled for 2018. Since then, the financial press repeatedly indicated the Saudi Aramco IPO would be pushed out into the future. Then rumors emerged that the deal might ultimately be pulled entirely. During the summer of 2018, insiders related to the deal strongly suggested the IPO had been permanently shelved and that the army of investment bankers, lawyers, and accountants had been told to stand down. As of today, it looks like the Saudi Aramco IPO has been placed on hold permanently.

We believe there is a very important reason for the Saudi Aramco IPO delay - an incredibly-important story that has received zero coverage in the press.

Thirteen years ago, a book was published that ignited a huge debate among global oil analysts. The book, Twilight in the Desert, was an attempt by Matt Simmons to research, investigate and quantify the true size of the Saudis’ oil reserves. There has always been a high level of controversy surrounding the Saudis’ oil reserves. The last published reserve figure complying with US reserve reporting standards was published in 1976, over 40 years ago. Reports of proven reserves on a field-by-field basis regularly published throughout the 1970s by the ‘Oil and Gas Journal” (a respected trade publication), stopped in 1977. 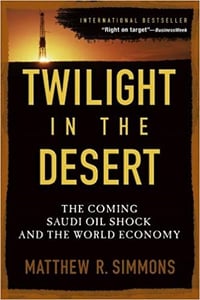 In his book, Mr. Simmons questions the validity of Saudi Aramco’s reported reserve figures and makes the case that the reported figure had to be seriously questioned. In 1977, the four US oil companies that then controlled Aramco published what would be the final reserve report complying with SEC standards. In that report, they listed 100 bn barrels of proved reserves and another 50 bn barrels of probable reserves. Immediately after the takeover of Aramco by the Saudi government was completed in 1979, the new entity reported an updated reserve report showing 150 bn bbl of proved reserves. In retrospect, we can assume the Saudis simply took the 50 billion barrels of probable reserves and moved them into the proved category.

Saudi Aramco did not issue an updated report until 1982, when they announced their “proved” reserves had increased to 160 billion barrels. And in a move that is still shrouded in mystery, in 1988 they boosted their proved reserve figure by 150% or more than 100 mm barrels to reach 260 billion barrels. To this day, the difference between the 150-billion-barrel figure released by the “old Aramco” in 1977 and the 260-billion-barrel figure released in 1988 has never been substantiated by any supporting data.

Also adding significantly to the mystery is what has happened to this reserve figure since the 1988 report. Even though the Saudis have pumped almost 100 billion barrels since 1988, the 260-billion- barrel figure has never been adjusted for production.

Although there has never been any supporting reservoir data, this 260-billion-barrel reserve figure is still assumed by most reporting services to be correct. For example, the 2018 BP Statistical Review lists Saudi Arabia’s reserves at 266 billion barrels, the same reserve figure they used over 20 years ago in 1997.

After he published his book in 2005, a lively debate broke out between Matt Simmons and the Saudi Arabian government in which (as you might have predicted) the Saudis tried to discredit Mr. Simmons’ conclusions. Claiming he had no access to accurate data (which of course no one outside of Saudi Aramco does), the Saudis said that not only was Mr. Simmons incorrect, but that their reported 260-billion-barrel figure might actually be too low!

Several Saudi officials at the time went public stating that their true recoverable reserves were much closer to 400 billion barrels and, if they were being optimistic, this figure could actually approach 800 billion barrels!

So the question remains to this day: what are Saudi Arabia’s true reserves figures? Are they some level significantly less than 260 billion barrels (that is -- do you believe Matt Simmons), or do you believe the Saudis’ stated 260-billion-barrel figure is actually overly conservative?

We strongly believe Saudi Aramco’s reserves as reported today are overstated. Next week, we will dive into own our analysis of the size of the reserves using Hubbert Linearization. Be sure to keep an eye out for next week’s blog and subscribe to receive notifications when we post new our market insights (if you haven’t already).