What the Gold-Silver Ratio Can Tell Us About Precious Metals

In previous quarterly letters, including Q3 2018 (Into The “Red Zone” We Go), we stated our belief that a huge new bull market would develop in gold that could take the metal to levels significantly higher than today’s price. Using several valuation techniques, we outlined how gold was as cheap as it had ever been.

For example, priced against financial assets and the amount of Federal Reserve credit outstanding, gold had reached valuation extremes that had only be been reached twice in the last 50 years; once in 1970 and again in 1999. In retrospect, we know that both those periods were excellent times to be an aggressive investor in precious metals markets. 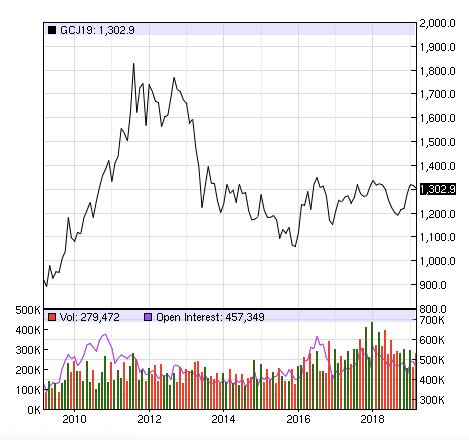 Today, we would like to discuss another indicator that has fallen into place that also suggests the eight-year bear market (really, four years of price pullback and now a fourth year of trading sideways) is drawing to a close. This indicator, the gold-silver ratio, suggests that both precious metals markets represent deep investment value and that a significant bull market move in both metals lies in the not too distant future.

Examining the Gold/Silver Ratio since 1980

For those unfamiliar with the gold-silver ratio, it is nothing more than the price of gold divided by the price of silver. Ever since the US government ended the dollar gold peg with the dissolving of the Bretton Woods agreement in 1971, the relationship of the price of gold and silver has repeated itself multiple times over the last 50 years.

The first period when the gold-silver ratio exceeded 80 occurred back in the in Q4 of 1990. It lasted for four years. Silver bottomed in price in February of 1991 at $3.50 per ounce and with gold at $350, and the gold silver ratio hit 100 − a level that we have never reached again. Although silver made a double bottom in March of 1993, it traded sideways (except for the short-term “Buffet” rally at the end of 1997) until it bottomed at $4.60 in the first quarter of 2003, which you will see is an important date. In retrospect, we know the peaking of the gold-silver ratio in 1991-1993 had no significance to gold. Gold during that time period traded around $350 per ounce and didn’t bottom until 1999-2001, at a price almost $100 per ounce lower.

More and more pieces of the bull market puzzle are now falling into place. Many of these indicators, whether they be valuation or sentiment, are now indicating that a huge bull market in precious metals prices will start in the next several years. As of today, the only indicator that continues to suggest that we are still in corrective trading is the ratio of the price of gold to oil. With the big pullback in oil prices and the upward move in oil prices in Q4, the gold-oil ratio hit 30 − traditionally a level that indicates oil will spend significant periods of time outperforming gold. Given the extremely high reading of the gold-oil ratio today, we believe that oil today represents a better investment over the next 12 months.

For investors with long-time horizons, we believe they should be accumulating investments in precious metals. For those with performance constraints, the history of the gold-oil ratio suggests that that we are still in the corrective phase of the precious metals market that started back in Q1 of 2016.