Is Inflation Necessary for a Natural Resource Bull Market?

The US CPI grew at 7.1% in the fourth quarter of 2021 signaling the highest inflation in 40 years. Nearly three years ago, Bloomberg Businessweek proclaimed the “Death of Inflation” on its cover – something we took to be a great contrarian indicator at the time (please see our original blog post here). Our readers know that we firmly believe today’s inflation will not be transitory but instead will be a problem that increases in severity as we progress through this decade.

The answer is more complicated than you might think.

The 1970s was the last period of sustained US inflation. Following years of spending on both “guns and butter” – the Vietnam War and various Great Society programs – the United States had grown the Federal Reserve balance sheet and the national debt dramatically. President Nixon took the US dollar off the Bretton Woods exchange standard in 1971 and the price of gold began to surge shortly thereafter. Prices began rising; inflation averaged a very high 8.0% per annum for the entire decade. Real assets were the only thing that saved investors. Between 1970 and 1980, gold surged 24-fold (from $35 to $850 per ounce) while oil increased by eight-fold (from $3.18 to $25.83 per barrel). Natural resource equity investments also did very well – gold stocks advanced by 340%, oil stocks rallied by 361%, while mining stocks and agricultural related equities advanced 254% and 76% respectively. A natural resource equity portfolio composed of 25% gold stocks, 25% oil stocks, 25 % mining stocks, and 25% agricultures stocks would have advanced 258%, far greater than the 112% of the consumer price index. Between 1970 and 1980 natural resource equities proved to be an excellent inflation hedge. The stock market as measured by the S&P 500 advanced by 33% – lagging far behind natural resource investments and the inflation rate.

Judging from the 1970s, an investor might expect natural resource investments to do well during periods of inflation – and indeed this is exactly what we expect will happen as we progress through the2020s. However, the relationship between natural resource equity outperformance and inflation is somewhat more complex.

For example, natural resource equities did well during the Great Depression between 1929 and 1943 – a period typically associated with extreme deflation. The stock market crash of 1929 saw the S&P 500 fall over 80% by 1932. Gold meanwhile remained flat until 1934 when President Roosevelt raised its price from $20.67 to $35 per ounce. Natural resource related equities (other than gold stocks) fell too but they rebounded much more quickly. Between 1929 and 1943, the US had experienced more than a full decade of deflation with the CPI falling by 5% in aggregate. In 1943, the S&P 500 still remained some 60% below its 1929 peak. Over that period, the price of gold rose by 70% while oil stocks advanced 30%, mining stocks rose 12% and agricultural stocks advanced 45%. The decade normally associated with economic depression and deflation was actually very good for natural resource investments – both on an absolute and a relative basis.

To be clear, we firmly believe inflation will not prove transitory this cycle – too much money and credit has been created over the past decade. Furthermore, we believe inflationary pressures will cause many trends of the past decades to reverse, including the four decade bond bull market and the protracted sell off in real assets. However, judging by history, inflation is not in and of itself necessary for a natural resource equity bull market. Instead, the best predictor is deep value – no surprise to a contrarian value investor.

Intrigued? Our Q4 2021 letter will be released soon. If you are not already subscribed to be notified when our research is released, we invite you to sign up below. 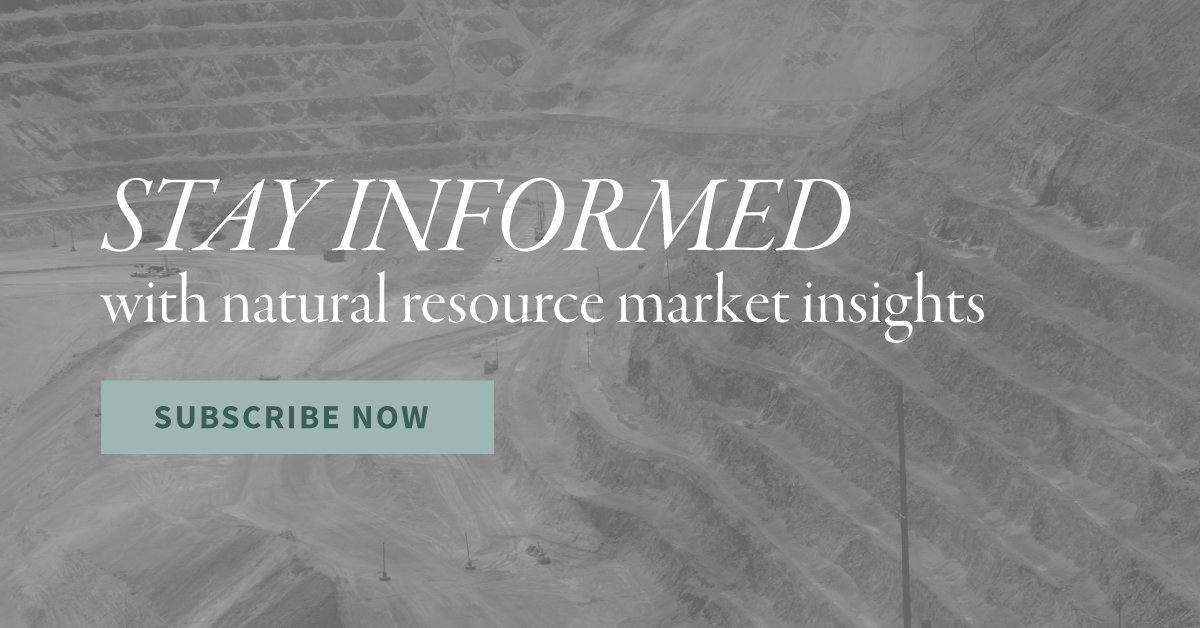