Several new developments in oil have emerged recently, and our outlook has become even more bullish. Most importantly, OECD inventory data continues to confirm that the global oil market remains in substantial deficit and that this deficit is accelerating. Over the six months ending January 2018, OECD inventory draws relative to normal have accelerated to 950,000 b/d compared with 580,000 b/d for the six months prior. US core-inventory draws moderated somewhat in February and the beginning of March, but these numbers are particularly variable over short periods. For example, over the last five weeks US core inventories have resumed drawing by a very robust 700,000 b/d relative to long-term averages.

In particular, the demand figures coming in for India are incredible. We have written extensively about the coming rise of India over the course of the last year and this spring we visited both India and Pakistan on a two-week research trip where we covered our findings in 2 different blogs: Dispatch from the Road post #1: A Decade of Difference in Mumbai, India and Dispatch from the Road post #2: India and the Global Commodity Market. 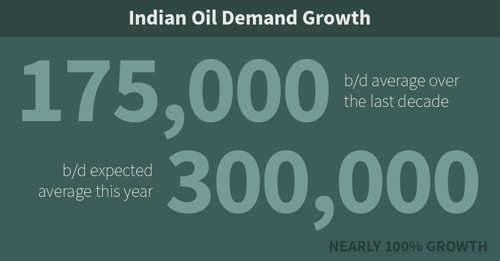 It is shocking how few people are commenting on the large-scale developments currently underway in the world’s second most populous country. Indian oil demand growth likely exceeded 300,000 b/d year-on-year during the first quarter to reach another all-time high. India is transforming before our eyes and yet few people seem to notice. Indian oil demand is expected to grow by 300,000 b/d this year (and this will likely be revised higher), representing a near 100% acceleration from its 175,000 b/d average over the last decade.

On the supply front, the lack of any material investment in the non-OPEC world outside of the US is beginning to significantly impact production. As you may recall, in our Q4 2017 letter, "Could we see $100 oil in 2018?", we went into great detail surrounding the lack of conventional discoveries in the non-OPEC world. In particular, we were skeptical that the IEA’s estimate for 600,000 b/d of non-OPEC production growth outside of the US was feasible. Instead, we argued that setbacks in Mexico and the North Sea (among other issues) would result in actual production growth coming in closer to 400,000 b/d (and how even that estimate was at risk of disappointing). Since we last wrote, the IEA has revised its estimates for non-OPEC production outside of the US lower by exactly 200,000 b/d split evenly between Mexico and Norway (the two countries we identified in our last letter). We continue to think that a dearth of capital spending in the rest of the non-OPEC world will result in sub-par production over the medium-term with very bullish implications which we review in detail in our Q1 2018 letter, "Déjà Vu: A History and Study of Electric Vehicles and the Oil Market Today", for those readers who are interested in learning more.

If you have any thoughts or questions on anything related to commodities, please share your comments below. We welcome the dialogue! 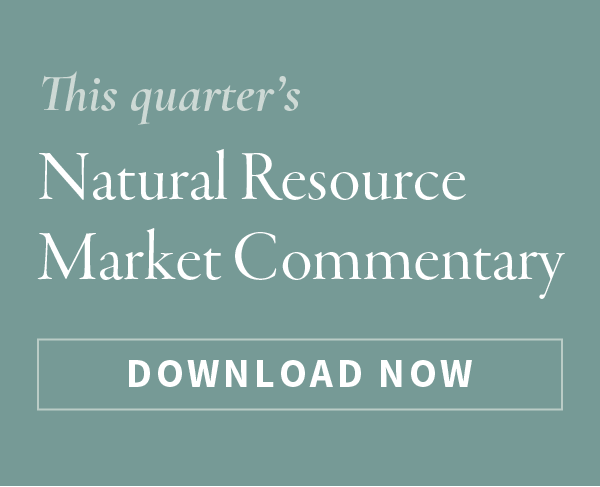